When Food Waste Turns into a Global Business 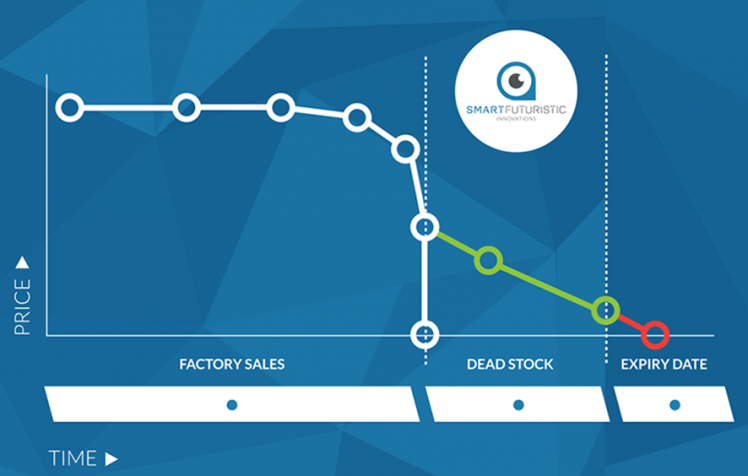 When, a few months ago, I heard SmartFuturistic speak for the very first time, story immediately appealed to me. Too much food is being thrown away, and if this can be reduced, however slightly, using a mobile phone application (these are, after all, the only applications that are made nowadays), it is worth listening to the idea and, if need be, help out. Can it be turned into a business? Perhaps.

Instead of complaining about the fact that some sellers and producers waste up to 30% of food left on their shelves, SmartFuturistic  thought about what they knew and what they could do to solve the problem. The solution is the smartFuturistic application that helps producers and retailers sell their stock. The closer the “best before” date, the harder it is to sell. And all that is left when the date expires is the cost of discarding the food.

This is where SmartFuturistic comes in: the new application allows producers to extend the time of sale, thereby reducing the possibility of having to throw the food away. The algorithm helps sellers find the appropriate buyers and, in the event of reaching a deal, the most appropriate means of transport. Though the application was initially meant to be a shortcut to selling to larger clients, such as schools, kindergartens, hospitals, hotels, zoos and similar enterprises and organisations, it quickly became apparent that the solution also establishes connections between sellers and buyers over greater distances. Using SmartFuturistic, a German company can, for instance, sell its excess beer to China.

At this point, everything goes into overdrive. The SmartFuturistic team becomes one of the first eight companies to receive funding from the business ABC Accelerator, develops at a blistering pace over a period of three months and draws the attention of a large number of international investors on the presentation day. Not even a fortnight later, they come in second at the TechCrunch start-up competition (more on http://techcrunch.com/2015/07/13/budapestcrunch-ii-was-a-great-success) in Budapest.

Thanks to their extensive know-how and excellent solution, the future is wide open for the enthusiastic, well-organised team of SmartFuturistic. Anyone thinking of making it in the business world would do well to remember that SmartFuturistic’s solution is coming on the market at the right time. (Timing is important!) Well, maybe a second too early, just enough to get ahead of the competition. Which never hurt anyone. But the fact is that the world wants and needs this solution. It does not need convincing. The United Nations have adopted a plan to cut food waste by half by 2030, thereby reducing the number of starving people around the world. A few weeks ago, France passed a law prohibiting supermarkets from throwing away food that is past its “best-before” date. But that is only part of the problem. A large portion of food rots in the fields. I am glad that this issue has become a topic of discussion among European politicians, with similar laws being drafted in other EU Members states as well. I am even more glad, however, that SmartFuturistic and their investors have recognised this as a business opportunity. That is the best guarantee for reducing food waste.